The rumours are true…

Johnny Mars & Chris Jagger take to the stage for one night only in Taunton, Somerset, as part of the announcement of the Musical Conversations tour that takes to the road next year. Supported by a local young band, Sunset Sunday, who will be releasing a new album shortly and have been inspired by both these two amazing musicians.

Johnny’s musical influences in the early days were Muddy Waters, BB King and Little Walter amongst others. Johnny was a featured soloist with Banarama and if you watch the video – that’s him – The Preacher Man. Johnny has recently been performing at festivals and in Europe with the Northern Europe Jazz Orchestra, who will be part of the Musical Conversations UK Tour in 2019. 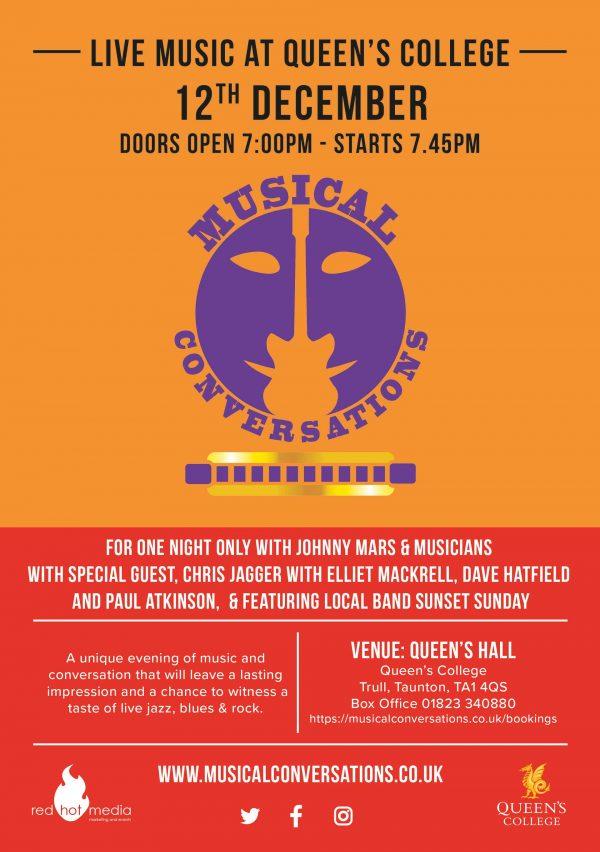 Chris has written for various publications including The Daily Telegraph, The Guardian, the Mail on Sunday and Rolling Stone and during a long break helped his brother Mick out on the Stones’ acclaimed albums ‘Dirty Works and then later, Steel Wheels. Chris now continues to perform his own style of music, working with David Gilmour (Pink Floyd), Dave Stewart (Eurythmics), Leo Sayer and his brother to create his own individual brand of songwriting & music. 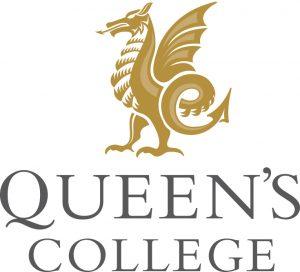 Sunset Sunday formed in March 2014. Not Just A Phase, was released in February 2017. Sunset Sunday went on tour around the UK, including Glastonbury Festival. In the summer of 2018, it was announced that the band would be taking a hiatus to start working on new music.