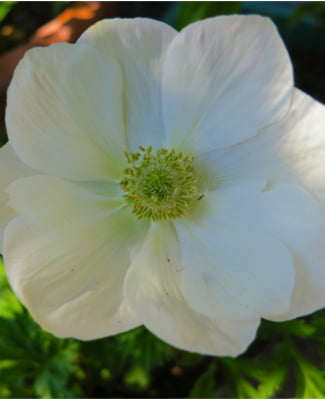 I was very lucky to move to a village that had a resident poet sharing his works of art at every opportunity. Geoffrey Godbert was a very special, kind and peaceful man who loved conversation, creative arts and poetry. I remember listening as the interview came together that appeared in Acumen January 2009 and how he shared so many things about so many issues. It amuses us all that he was known around the village as ‘the poet’ when we all answer to our name rather than our profession.

It was truly a journey in discovering more about the man that Harold Printer claimed would end up with the poets in heaven and I hope that is where Geoffrey is sitting and sharing all his wonderful stories of life. He loved classical music and reading and the cottage was a fantasising place of understanding this man and his words. I remember the interview and one challenging question being asked ‘What makes a poem, a poem?” Geoffrey was born in Manchester and he always believes that ‘for better or worse’ poetry chose him at the age of fourteen. He claims that it was the romance of the language that turned him to it and we always imagine him as a cravat-wearing youth skirting the playground quoting Shelley as his classmates played rugby. On leaving school, Geoffrey attended The Royal College of Music in Manchester and finding music students ‘certainly not bohemian’, he fell for a crowd of art students. Geoffrey’s work in PR took him into the more populist areas of television and music. At the height of the swinging sixties, he found himself working on the iconic Ready Steady Go for Rediffusion Television. This led naturally into a discussion about the relative merits of music and poetry. I remember the question being asked if Geoffrey considered Bob Dylan to be a poet and the reply was ‘not in my mind’. It didn’t stand up without the music.

Geoffrey felt that poetry was essential in these changing times. “It’s touching and it reaches out in a sensitive way”.

Most people have written poems when they are in love or they lose someone. Poetry does have a special place and can encapsulate feelings like no other medium. As for what makes a poem, a poem? Who really cares as long as we are able to enjoy poets such as Geoffrey for years and years to come. It was a privilege to have known Geoffrey and to have shared some amusing conversations, listen to him sharing his poetry and reflections on life and I will truly miss this kind man who happened to live in a small village in Somerset and who I was able to call a friend.

I have fallen in with those
who write poems which are about
themselves being poetry,
drawing life itself from themselves.

This to me invested life
and its consequences with magic
rather than the mere reality
a poet lived in his own life.

I called this discovering poems
for the sake of life, rather than
collecting experience
from a life finding poetry.

My eyes, fingers, breath and bone
were poems born for poetry;
which unlike poets would never die
and could be called upon at will
like screening and re-screening
immortal stars of Hollywood.