Something to say about plastics

The shocking insight into the #singleuseplastic debate was highlighted on BBC 1 as it aired Drowning in Plastics. The shocking truth about what is happening globally and how the problem is getting worse at an alarming rate, left most people viewing the documentary shocked and heartbroken. It was hard to fight back the tears and to witness the suffering that has been created by humans and the consequences of our actions. The message was made very clear – we must stop using plastics and act now. https://www.bbc.co.uk/programmes/b0bmbn47

Every one of us is responsible for the impact on our fragile earth and plastics have been created to provide a material that enhances our lives but now we have to change our way of life and embrace new ways to present a host of products.

The good news is that Zero Waste shops are now spreading across the UK, expanding into towns and quickly establishing themselves on the high streets. The most important part for us, as the consumer, is to find ways of reducing our plastic consumption and therefore, the demand will steadily make manufacturers and businesses invest in better alternatives that don’t have such a negative environmental impact as single use plastics.  Zero Waste Shops are making it easier for us to change. After all, we can change our toothbrush to a non-plastic one, we can refuse plastic straws and carry a stainless steel one and we can refuse to have a takeaway cup and provide our own, (a range of bamboo takeaway cups are readily available). These three single acts of common sense would start to address the bigger issues of plastics, marine conservation and our fight to save our planet. It’s not a choice but a global decision and an important one for us to accept.

Last year, the BBC 1 series, Blue Planet, was critically acclaimed as a ‘must watch’ series, attracting the highest UK viewing figures for 2017 – 14.1 million. Sir David Attenborough ended the series with a prediction about the plastic issue and how this would affect our planet, our marine life and every living thing on earth. Last night, there was no warning or chance to consider the options, it was clear to see the massive impact the problem has reached and it continues to worsen day by day. 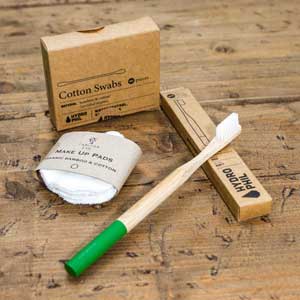 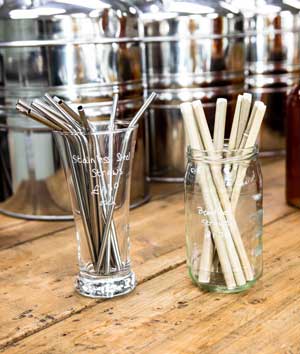 Wildlife biologist, Liz Bonnin was struggling with the realisation of the overall impact that the plastic issue has become and as viewers, we struggled to watch. The message that had been predicted by Sir David Attenborough was there for us all to see. At times, it was heart breaking watching young birds fighting to survive because they had innocently been fed small pieces of plastic by their parents but it wasn’t just one piece of plastic or even two, it was thirty-plus pieces of plastic. As marine life struggles against the rubbish and waste thrown into their seas, the impact on them is a simple one, they died. It would appear that we are a species who controls the planet with our intelligence but at times, this has to be questioned because of what we do and how we use it. Sometimes, there are no words of wisdom to share about facing the issues and often, we just stand and stare at the problem and remain speechless.

It really is down to every one of us to make a contribution to resolve this problem, it’s not a game of #notme but a real problem that is creating a big environmental change and an impact that no one wants to witness. Sealife is important, it matters and that’s a fact. If you are willing to continue allowing the plastic to be part of the food chain, to embed itself with your own values of life and how we operate within the period of our own existence, it will not matter but to those of us who generally care what we do and how we do it, we suffer and we cannot dismiss it any longer.  Watching lives being extinguished because of our actions is not a way to escape responsibility of the plight that our oceans and its inhabitants are now facing. Plastic travels and its journey is devastating to those who comes within its reach. Now is the time to say no to plastics and reduce and reuse, it’s a chance to stop this process and review what we do.  It’s a time for everyone to take control and put things right.  It’s a time for change and that’s what has to happen – right now and with everyone’s commitment.

Use consumer power to force supermarkets to change their packaging polices.